Every Day is a Holiday at Clara J's 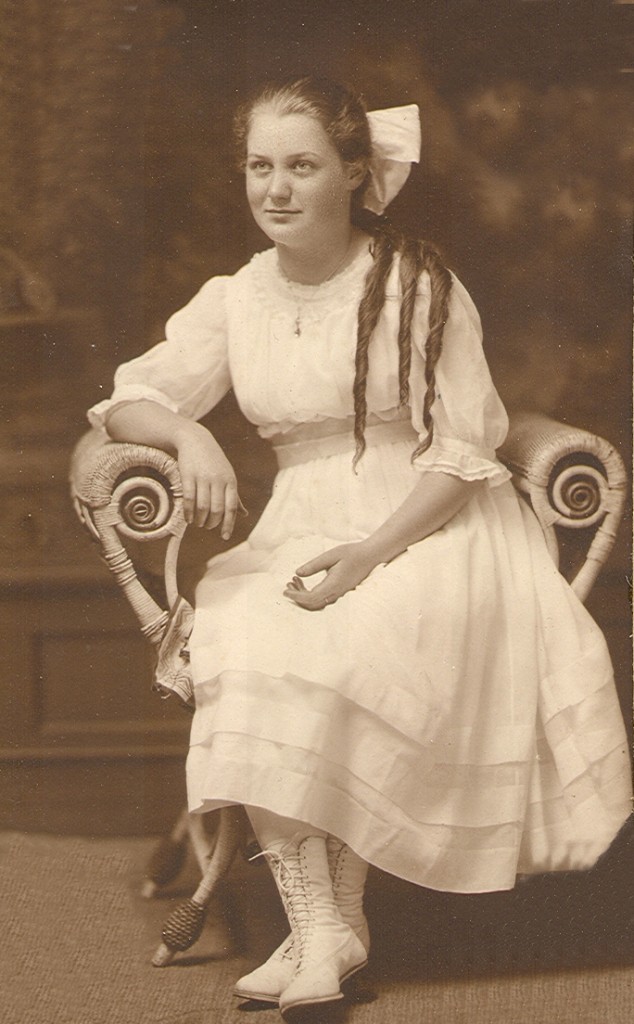 Clad in an apron and a mellow demeanor, Clara Jaessing Keller was as comfortable in her kitchen or vegetable garden as she was catering parties for high society or starting up her own restaurant.

Clara was born April 16, 1904, the granddaughter of early settlers to the Maumee Valley. Her grandfather, Carl Clemens Jaessing, was born in Dresden, Germany and moved to Ohio October 1, 1860. Carl was the first appointed trustee of St. Paul’s Lutheran Church in Maumee. Clara’s father, Charles Jaessing, was also active in St. Paul’s Lutheran, as were her brothers Carl and Fredric.

Clara’s 1914 confirmation picture graces the mantel at 219 West Wayne Street. Her maternal grandparents, Frederick and Charlotte Kleile, were shopkeepers on West Wayne Street, owned a meat market on West Wayne Street and slaughterhouse on Cass Road. Despite her laid back personality, Clara attended Baldwin-Wallace College at a time when few women attended a university. She studied Culinary Arts, a discipline that would suit her well for years to come. In August 1941, she married Frank Keller, a skilled carpenter, and they settled on 40 acres near Stony Ridge.

In 1957, they built a home on her property in Maumee a short distance from the Stuckey’s Restaurant franchise that Clara established at the corner of Ryan and Reynolds Roads. While she was adept at beadwork, needlework, quilting and baking, Clara was an adept businesswoman, using her family money wisely to build a business.
Aunt Clara was 13 years older than my father Carl, so she was almost a grandmother to my siblings and I. We cherished our regular visits with Aunt Clara, who although childless, knew how to make us feel at home and loved.

Clara died in 1962 at the age of 59. Although she was not a tea aficionado, Clara loved all things culinary. So it only seems appropriate that, on a Maumee street near where her grandparents used to keep shop, Clara’s enduring spirit remains in Clara J’s Tea Room.

Clara Jaessings niece, Rebecca Jaessing,  an accomplished business woman and founder of Clara J’s Tea Room, opened the doors in 2005.  Rebecca created a beautiful and welcoming tearoom that has become a favorite of many over the years!  In 2018, Gretchen Fayerweather, a Certified Executive Chef and Culinary Arts Professor at Owens Community College purchased the Tea Room from Rebecca and does her best to continue the warm and welcoming atmosphere. Gretchen and her husband John Polkinghorn also renovated the upstairs to create Suite T B&B, an AirB&B available for rentals.  They reside just two blocks from the Tea Room and have loved living in Maumee since 2007!